You are currently on our UK site. Shop on our United States site using US dollars ($).
Home > What Are Silver Coins?

Silver coins were the earliest form of mass circulation coinage in the world. This was for the simple reason that traders trusted the intrinsic value of silver in exchange for their hard-earned property. The highly popular Drachma in ancient Greece or the Roman Denarii were treasured as prestigious coins and measures of wealth. These coins are still highly sought after today as valuable collectables due to their rarity and historical significance.

In recent history, mass-circulated coins were made from silver alloys as a guarantee of value and to ensure acceptance. The Spanish Empire, British Empire, and subsequent governments minted silver coins to give traders a portable, finite, and universally accepted form of currency to drive commerce in far-flung corners of the earth.

For an investor looking to enter the silver market, what exactly are investment grade silver coins and which type of coins offer the best investment choices? This post explores the various types of silver coins to help you choose the most ideal format for investment.

What Are Silver Coins?

Silver Bullion Coins: These are flat, disc-shaped coins containing 99.99% pure silver which are struck by sovereign mints such as the US Mint, The British Royal Mint, and Canadian Royal Mint among many others. Bullion silver coins usually have a date and face value which confers legal tender status in their country of origin. The weight and purity of silver in bullion coins is also guaranteed by law, which makes them a smart option for new investors.

Silver bullion coins derive their value purely from the weight and purity of silver they contain. The price of a bullion coin will, therefore, be close to the spot price of silver. For this reason, the melt value of a bullion coin is much higher than its face value. Bullion coins can also command a high premium over spot to cover the cost of fabrication, transportation, and a small profit for the dealer.

Silver bullion coins are sold mainly in tubes of 25 coins or as boxes of 500 coins. They are minted in various weights with the most popular and liquid format being the one troy ounce. Other weights include 1/10 oz, ¼ oz, and ½ oz. The Australian Perth Mint has a mega 10-kilo silver coin with a nominal value of AU$300.

Silver bullion coins from famous mints around the world are recognised globally which makes them easy to sell.

Silver Rounds: Silver rounds are circular disc-shaped bullion coins made from 99.99% pure silver. They are commonly produced as replicas of popular sovereign coins and carry a logo with the weight and fineness stamped on them.

Silver rounds are priced closer to wholesale bullion prices due to their availability and lack of official status. Although they look very similar to sovereign minted coins, silver rounds are different in the following ways:

90% & 40% Silver Bags: The term junk silver is a misnomer, considering that the so-called junk silver bags or junk silver coins are anything but junk. Before 1965, most coins in circulation were made from 90% silver, although others had a silver content as low as 40%. These coins were the regular dimes, quarters, and half dollars issued by the US Mint before 1965.

The US government then enacted the US Coinage Act of 1965, which altered the composition of coins from silver to a clad metal structure. Clad coins are made of an inner copper core with an outer layer made of a nickel and copper alloy. The change in structure was meant to reduce the cost of minting coins; the rising price and limited supply of silver made it unsuitable for mass-circulation coins.

These older, or ‘junk’ coins as they came to be known, became more valuable and were therefore hoarded for their silver content by collectors and investors alike. They subsequently went out of circulation in favour of the less precious copper-nickel coins we have today. However, junk silver still retains legal tender status and can be used to purchase goods and services.

The favourable prices of junk coins make them a convenient entry for investors without a large capital outlay. They include:

Junk silver coins are sold as:

Numismatic and Semi-Numismatic Silver Coins: These are silver coins with a collectable value derived mainly from their rarity, beauty, and historical or commemorative significance. The value of a numismatic or semi-numismatic coin has little connection with the silver spot price and is usually much costlier than the silver they contain. For example, a single 1658 Cromwell Shilling can fetch more than $5000 due to its rarity and historical significance.

Numismatic coins are like rare art whose price is dependent on the sentiment of collectors. Due to the significant age of most numismatic and semi-numismatic coins, their condition will also determine their value. Furthermore, the high cost of collectable coins encourages criminals to counterfeit them or fake their providence with the aim of fleecing unsuspecting buyers.

Buying numismatic or semi-numismatic coins is, therefore, not an advisable way of gaining exposure to the silver market.

Investors who are new to the precious metal market prefer bullion silver coins because of their affordability and ease of purchase. Relative to other precious metals like gold or platinum, silver is attractively priced.

For a new investor who wants to test the bullion market, investing a small amount of money allows you to own a large quantity of silver. With silver significantly undervalued at current prices, holding a sizeable portfolio of silver may translate to lucrative gains if the silver price attains its correct valuation in the years to come.

Furthermore, unlike buying jewellery or silver collectables, investment-grade bullion coins come with a sovereign guarantee of both purity and content. Silver bullion coins such as Krugerrands, American Eagles, or British Silver Britannia originate from prestigious mints with a long history of quality.

Choosing silver bullion coins as a new investor is also a smart option for the following reasons:

How to Store Silver Coins

Silver coins might be relatively cheaper than gold, but they are still worth a lot of money. When you buy silver bullion coins, it is imperative that you store them securely to prevent theft. A secure safe in your home might be enough to store smaller quantities of silver. However, silver coins, unlike gold coins of similar value, occupy a lot of space, making it more prudent to store them in a secure high-security vault run by professionals.

Goldcore partners with international companies to provide insured and highly secure storage in safe jurisdictions such as Switzerland, UK, Ireland, Singapore, and Hong Kong. These locations have stable democratic governments and ensure adequate legal protections against unlawful seizures. Your silver bullion will, therefore, be readily accessible and safe in case of political chaos and economic meltdowns.

Click here to learn more about how to store your silver coins securely. 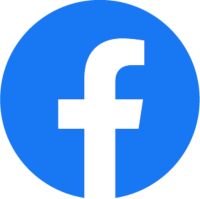 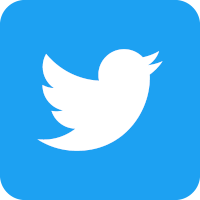 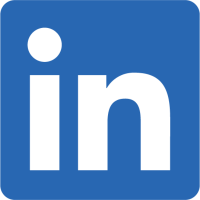